While other billionaires search for deliverance off planet, Larry Ellison created an earthly 'eden' on his own private Hawaiian island 🏝️ Breathe in deeply, say ‘Let’ to yourself, then breathe out and say ‘Go’ — that’s our mantra for today’s class,”  whispered our morning meditation teacher Arielle Leon. My husband and I were on the Hawaiian island of Lanai, sitting cross-legged in the most stunning yoga pavilion I could ever imagine, rushing natural waterfall in the background, modern sculpture peeking out from around the edges of an absurdly lush tropical garden. Arielle continued: “It’s our thoughts that cause us suffering. And our thoughts tend to travel to the future or the past. But in reality, in this moment, everything is fine.”

It was a lot better than fine, in fact. From where I sat “letting go” on that mat, listening to the birds chirping in the date palm trees and catching the scent of plumeria in the morning air, I realized that for the first time in a long while, everything felt fantastic. After more than a year of being stuck at home in Seattle, worrying about loved ones and watching our world grow smaller in so many ways, we needed a complete reset that would put our minds and bodies on a path toward feeling well again — and we had flown across the Pacific Ocean to do it.

The smallest of the Hawaiian Islands you can visit, Lanai is the apostrophe-shaped 140-square-mile isle just south of Molokai and east of Maui, with a permanent population of just over 3,000. It is also well known for being 98 percent owned by Oracle’s billionaire co-founder, Larry Ellison. Included in Ellison’s landowning stake are the island’s only two luxury resorts: The impressive, 213-room Four Seasons Resort Lanai on the beach, which he completely renovated for a reported $75 million and reopened in 2016. And in the heart of the island, there’s Sensei, also a Four Seasons resort — the scene of my yoga class — that opened in late 2019. The 96-room, multi-million-dollar spa disruptor was co-created by Ellison and his noted oncologist friend, Dr. David Agus.

I have experienced the old school algae-wraps-and-starvation-diet spas of California and Arizona, and the antiseptic hospital-ish spas of Europe, and this was an upgrade. It felt science-oriented and slightly futuristic. As Sensei’s promotional materials note, they “apply data-driven health knowledge and ultilize technology to promote preventative care and healthy lifestyle practices.” It’s a believable claim from both Agus, a well-respected USC doctor (who notably treated Steve Jobs), and Ellison, one of the country’s leading tech visionaries. As he gave me the news about my blood pressure (elevated) and gestured to hop on a somewhat intimidating Medical Body Composition Analyzer, I acknowledged the obvious: I’m out of shape and not sleeping well. Like many people, the pandemic kept me chained to a desk, and made me worry more and sleep less. The machine whirred, beeped, and confirmed this.

Marcus smiled kindly, talked about how I could address all my various wellness issues (lack of sleep, achy back) with Sensei’s three areas of focus: Nourish, Move and Rest. He wrapped up by saying, “It’s about awareness. The data helps crack the door open, so we can now really identify the areas of focus that can help you.”

A stay at Sensei is part luxury spa, part adventure camp, part medical checkup, and part immersive art walk. It turned out to be the perfect mix for both me and my husband. There are a variety of useful, occasionally difficult classes each day, many filled with handy take-home tips for a better life, like stretching the bottom of your feet barefoot with a lacrosse ball. We tried everything from resistance training and balance basics to deep relaxation and meditation to Tai Chi and yoga. Then, when we had our fill of classes, we swam in the lagoon-like pool (with another waterfall, one of dozens on property) and took a dip in several of the eight onsen (Japanese-style hot tubs) set within the green riverine setting. Our spa treatment took place in one of the individual hales, or houses, which have traditional massage tables, but also come with a private steam shower, sauna, and hot and cold plunge pools.

The fellow guests, the food 🍣 Who goes to this sort of place? Honestly, a surprisingly wide range of people. I met a young U.S. military couple based in Honolulu celebrating the husband’s 30th birthday, a single man from L.A. in his forties trying to get back into shape, a couple from Aspen celebrating their 30th anniversary, a group of women from Seattle on a girlfriends’ vacation. And on the two-hour Koloiki Ridge hike I met forensic psychiatrist Joyce Brown and her husband, Eric, from San Francisco. While walking the forested five-mile trail leading to a panoramic lookout with views of Maui and Molokai, Joyce told me they were on their second trip to Sensei, and already planning their next one. She said, “Sensei to us is like a Shangri-La—the most beautiful, serene architecture and layout of gardens and approach to wellness. You don’t have a central hub with everyone running in and out, but you have individual hales where you can have your treatments.”

Food is always a question when it comes to spas — often because it’s bad, or at least not fun to eat. But imagine you’re a billionaire and you want to create the ultimate spa menu. Whom would you get? That’s right: Chef Nobu Matsuhisa. And before you say, but that’s not especially healthy, Nobu made a special “Nourish” menu specifically for the spa’s restaurant — the only one on-site — Sensei by Nobu. Its clean food philosophy focuses not only on the enjoyment of the meal, but also on how someone feels after it. Karen and Soren West, visiting from Aspen, said, “We have been to his places in New York and Malibu, and this was a completely new Nobu experience. It was not the default omakase, which we really loved.”

On our last morning, packing up our fresh, all-white California beach house-looking room, I ran off for my last chat with Marcus. During our final consultation, after I told him about my restful, exhilarating, delicious few days, he said, “Sounds like the opportunity to change now exists. The hope is that you now have the right recipe to work with.” Sure, it sounds a little culty, but that’s exactly what I took away from the experience: A new recipe for making my life better.

Both Delta Air Lines and Alaska Airlines have daily nonstops from SeaTac to Honolulu. Round trip airfare on Lanai Air is included with all qualifying reservations. Otherwise, Mokulele Airlines serves Lanai from both Maui and Honolulu with daily flights. Prices for Sensei’s Signature Optimal Well-being Package, a five-night structured program, starts at $1,335 per night, or a la carte for $800/night. Rooms at the nearby Four Seasons Resort Lana’i (on the beach) start at $1400/night.

Six Ski Resorts For All Types Charles Runnette is the Creative Director of the ST Content Studio and a freelance travel writer. His work can be found in Bloomberg Businessweek, Condé Nast Traveler, The Wall Street Journal, National Geographic, The New York Times among other publications. 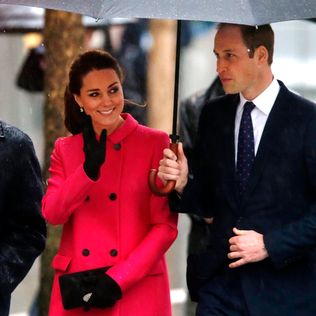