A very upside-down West Side Story 💃 Musician-turned-filmmaker Amanda Kramer has two movies bouncing around the United States right now, and both are worth your attention. The first, Give Me Pity!, is a send-up of ’70s/’80s variety specials (think Liza, Cher, and Bette Midler) about the star of a live, televised one-woman show losing her grip on reality.

The other is Please Baby Please, which opens on November 11 at the Grand Illusion. Described by the filmmaker as a “fucked-up, queer, upside-down West Side Story,” it stars Andrea Riseborough (Possessor, Mandy, the upcoming Matilda musical on Netflix) and Harry Melling (The Queen’s Gambit, The Ballad of Buster Scruggs, Dudley Dursley in the Harry Potter movies) as a 1950s couple whose carefully constructed world get turned inside-out when they witness some The Wild One Brando-esque gang violence outside their New York apartment. Shocked, confused, and a little (or a lot) turned on by this gang, the Young Gents, the couple tries on some new identities: Melling reconsiders the stifling heteronormativity of the era as he lusts after one of the gang members, while Riseborough, who always gives 3000% of herself to a role, transforms into a full leather daddy.

While Give Me Pity! recalls Sondheim, Fosse, and Ken Russell and adds a whole heap of rhinestones, Please Baby Please is a fetishistic combo of Fassbinder, Anger, Warhol, and fringe theatre, and it’s all unapologetically kinky and queer. There’s also a mid-film musical sequence featuring Oregon-raised comedian/writer Cole Escola that’s a 2022 arthouse highlight.

If you’re looking for a normal film, this isn’t one of them. But where’s the fun in normal? 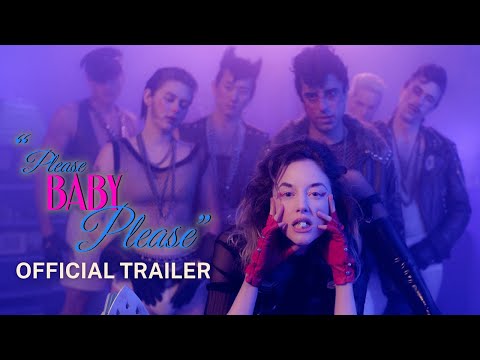