To Kill a Mockingbird @ The Paramount

This play is really, really good 🎭 STG’s Broadway at the Paramount almost exclusively programs musicals, so it’s worth paying attention when a drama tours through town.

So why To Kill a Mockingbird, a non-musical adapted from Harper Lee’s novel about… well, you went to middle school. You’ve read the book. You’ve probably seen the 1962 movie starring Gregory Peck, too. Why pay big money to see a new version?

For starters, this 2018 adaptation is the most financially successful Broadway drama of all time. Second, it’s written by Emmy- and Oscar-winning writer Aaron Sorkin and is his strongest work since 2010’s The Social Network. Third, it’s directed by Bartlett Sher, former artistic director of Seattle’s own Intiman Theatre before he became the resident director at New York’s Lincoln Center Theater. Sher is responsible for some of the better revivals of the past 15 years, including Fiddler on the Roof, The King & I, and My Fair Lady—all of which came through the Paramount in previous seasons.

Sorkin and Sher find a way into the narrative that keeps the story dynamic and direct. Atticus Finch, the noble Alabama lawyer defending a wrongfully accused Black man, is written with welcome shades of gray, and the three main children (Scout, Jem, and Dill) are played by adults, giving the narrative framing device an impressionistic kick. Plus, there’s an added rub to the Bob Ewell character, the father of the accuser, that makes for a truly terrifying courtroom scene.

This tour stop won’t have the star power of the New York staging, but it’s still in good hands with The Waltons’ Richard Thomas as Atticus and Melanie Moore (So You Think You Can Dance winner, Bette Midler’s Hello, Dolly! revival) as Scout.

The production comes with its share of baggage. Shifts to characters and story prompted a legal battle with the Harper Lee estate, which almost culminated in a perfectly Sorkin-esque trial where the cast would perform the play’s entirety in a courthouse in front of a federal judge. The case was settled amicably, but I’d love for somebody to make a play about the making of this play. 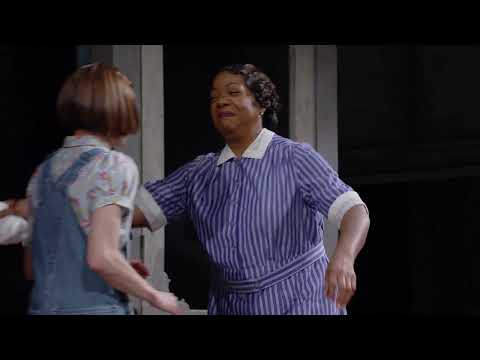