Here There Be Dragons @ ArtsWest Through mid-Sept
Too Late — You Missed It!

The in-person version has already completed its run, but a pre-recorded film of the show is still available to watch through mid-September. Head to the ArtsWest website to purchase your virtual tickets.

ArtsWest is transforming into a hip hop lounge for their newest show, Here There Be Dragons: Chasing My Voice, written and performed by vocalist/actress Felicia Loud and directed by artistic director Mathew Wright. This autobiographical play charts the soundtrack of Loud’s life and career, drawing from her original music and told through hip hop, soul, cabaret, and storytelling.

Loud, a member of Seattle performance group Black Stax (“social justice through art”), previously appeared at ArtsWest in their 2018 production of Lady Day at Emerson’s Bar and Grill, where her portrayal of Billie Holiday earned her a Gregory Award nomination.

Chasing My Voice is the final show in a hell of a season, subtitled “When We Wake,” which was curated by a stellar collective of associate artists with selections centering on historically excluded and global majority voices. The plays have been diverse as hell, varied in tone and approach, equal parts inventive and provocative, and averaging about 90 minutes in duration (bless the Seattle theatre gods).

“The Associate Artist Group chose Here There Be Dragons to highlight Black female musicians,” says Corinne Park-Buffelen, an associate artist and relationship manager at ArtsWest. “The title comes from the place on the map that is dangerous, unknown, and shrouded in mystery. A place of legend. It takes bravery, courage, and strength to venture there, and Felicia uses her personal stories and music to share a message about how one can find that courage.” 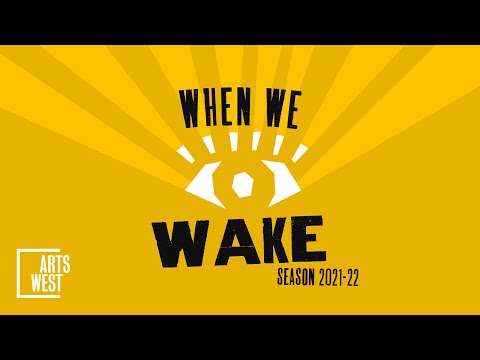